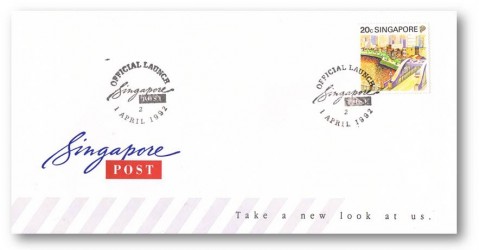 This piece of history bears the postmark of the official launch of Singapore Post on a 1990 20c Tourism definitive.