The entire lyrics of the Singapore national anthem are printed on the back of the $1000 Portrait series banknote in microprint. For all other denominations, only the words Majulah Singapura is used.

‘Majulah Singapura’ is Singapore’s national anthem. Written in the official language of Malay, it is translated as ‘Onward Singapore’. The national anthem of Singapore was composed in 1958 by Zubir Said, initially as a theme song for official functions of the City Council of Singapore. Later in 1959, this song was selected as the island’s anthem upon attaining self-government.

Lyrics of the Singapore National Anthem

The Flora and Fauna definitive stamps were first issued in 2007, consisting of 14 denominations ranging from 5 cents to $10.

The Simpoh Air (Dillenia suffruticosa) is commonly found near forest edges, eroded soil and swampy areas. It is characterised by its large yellow flowers and big leaves. Birds are easily attracted to the thin layer of vibrant red flesh surrounding the seeds, allowing quick dispersion of the seeds.

The Singapore Rhododendron (Melastoma malabathricum) has beautiful flowers with five petals in pink to dark purple, opening after sunrise and closing later in the day. This plant is the home to caterpillars of butterfly species such as the Common Sailor (Neptis hylas) and the Grey Count (Tanaecia lepidea).

The Black-naped Oriole (Oriolus chinensis) (top) has a distinctive black band across its eyes from the bill to the back of its head. Characterised by yellow-and-black feathers, this bird gives a loud call. Fruits and insects form its main diet.

This morning, I went for the Mizuno Mount Faber Run and completed this run in a net time of approximately 51:29. Generally, this 10-kilometre route comprised several uphill and downhill terrains. Hence, it was much different from those conducted in the heartlands or in the highly popular East Coast Park. Running among the greenery under the blue sky early on a Sunday morning was great. 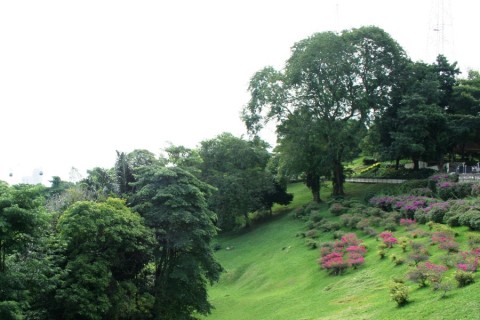 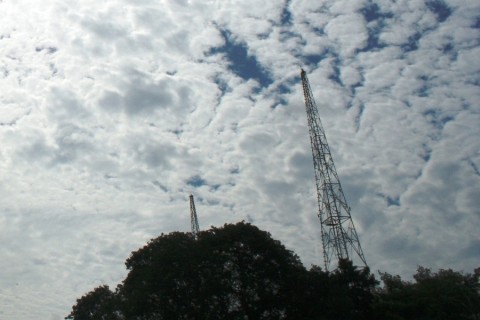 The start and finish point was the open space between Block 121 and Block 123 Bukit Merah View. A crowd gathered much earlier than the start time of 7.30 am. Turning left into Jalan Bukit Merah, then Lower Delta Road and subsequently Tiong Bahru Road, the terrain for the first kilometre was considerably rough. The next three kilometres along Henderson Road was a relatively straight stretch, uphill then downhill. Turning into the narrow Morse Road from Telok Blangah Road, participants had to cut through Pender Road towards a winding Mount Faber Loop. 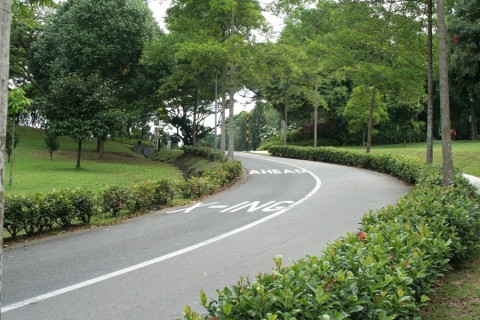 The peak was somewhere near the 5-kilometre mark, where the picturesque scenery overlooking the Bukit Merah housing estate greeted participants. 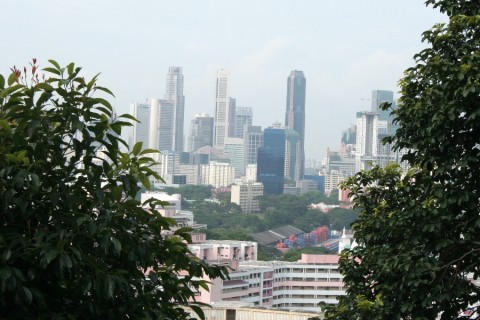 The next two kilometres downhill was rather comfortable. The last stretch back to the finish point via Lower Delta Road, Tiong Bahru Road, Henderson Road and Bukit Merah View was relatively flat.

This year’s race pack collection was at Velocity@Novena on 5-6 June 2010. In addition to the usual freebies such as a running top, shoe bag, shopping vouchers and muscle rubs, there was umm… a packet of organic spaghetti. 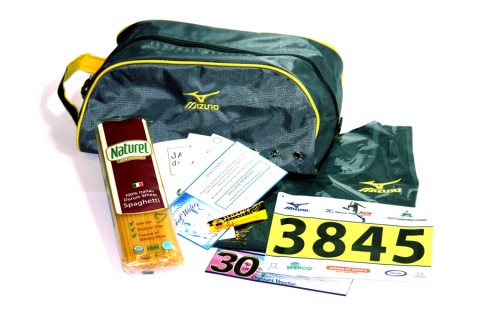 Finally, I am looking forward to the 2010 Standard Chartered Marathon Singapore on 5 December.