Today, SingPost released a se-tenant set-of-four stamps and one miniature sheet to commemorate the 150th Anniversary of Singapore Botanic Gardens. This set of stamps ‘150 Years of Singapore Botanic Gardens’ is designed by Singapore designer Mr Eng Siak Loy, who has won awards including Asia’s Most Beautiful Stamps Award and second place in the Most Beautiful Stamp in the World Award in 2003. In 2007, Mr Eng has also won the Singapore President’s Design Award (Designer of the Year). 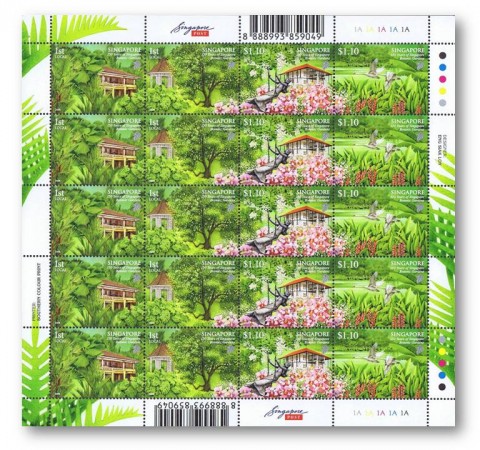 The stamps depict favourite sites in the Botanic Gardens, including the Band Stand, Swan Lake, the Girl on the Swing sculpture, and the Visitor Centre. A stamp launch was held earlier today at the Green Pavilion in the Botany Centre. I was very lucky to catch Mr Eng Siak Loy for an autograph. Also there was Mr Wong Wui Kong, the designer for the Flora and Fauna definitives issue. 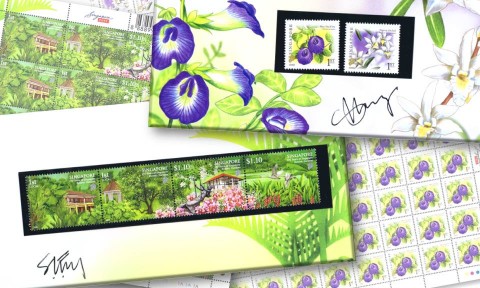