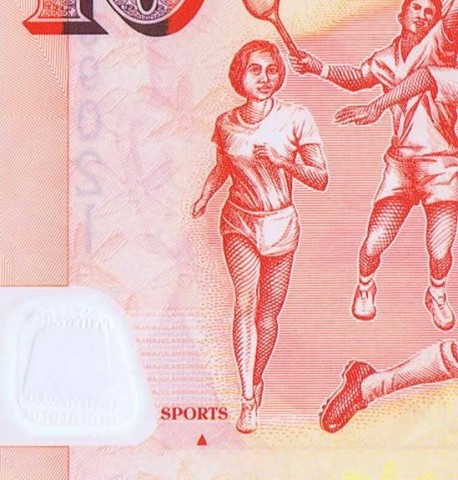 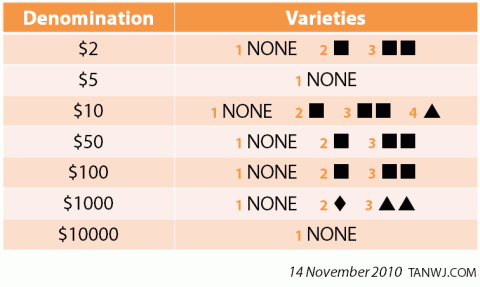 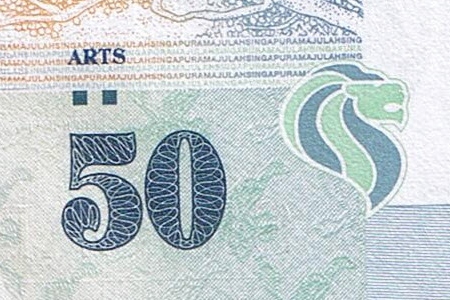 And it seems that the Singapore $50 banknote has two square dots on its reverse too, just like the $2, $10, and $100 banknotes. Now, these four denominations come in three different varieties, viz. no dot, one square dot and two square dots. In March, two triangles were spotted on the $1000 banknotes, making the whole pattern even more unpredictable. For any denomination, these symbols are always found beneath the word describing its featured theme.

The entire lyrics of the Singapore national anthem are printed on the back of the $1000 Portrait series banknote in microprint. For all other denominations, only the words Majulah Singapura is used.

‘Majulah Singapura’ is Singapore’s national anthem. Written in the official language of Malay, it is translated as ‘Onward Singapore’. The national anthem of Singapore was composed in 1958 by Zubir Said, initially as a theme song for official functions of the City Council of Singapore. Later in 1959, this song was selected as the island’s anthem upon attaining self-government.

Lyrics of the Singapore National Anthem

Recently, small triangles have appeared on the reverse of the $1000 Singapore banknote, in addition to the square dots spotted on other denominations. This security feature was added in early 2009, but its purpose is not revealed to the public. The two triangles are found below the word ‘Government’ on the reverse. Today, many collectors are still puzzled about the presence of such symbols. 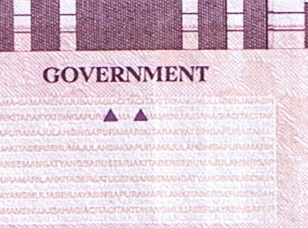 The first prefix for the new $1000 note, signed by Senior Minister Goh Chok Tong, Chairman of the Monetary Authority of Singapore, is 2AA. 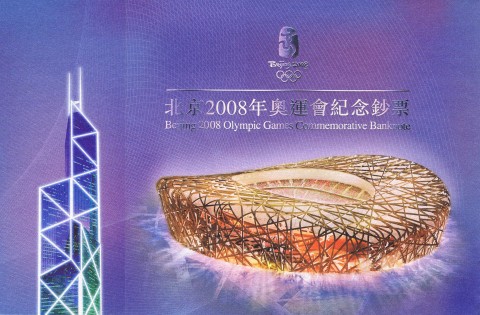 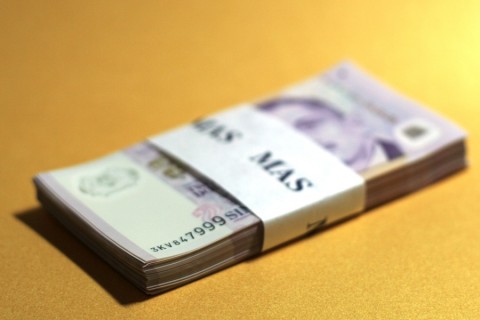 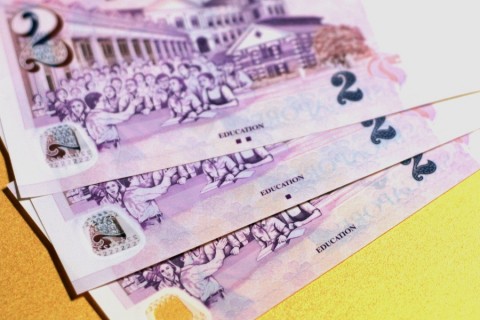 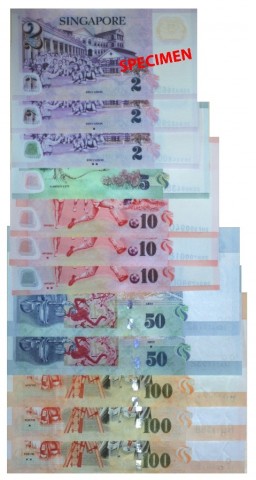 Since mid December 2009, news of the new $50 paper banknote of the Portrait Series has been spreading, just weeks after the new $100 paper banknotes were introduced. The new banknote carries the signature of Senior Minister Goh Chok Tong, Chairman of the Monetary Authority of Singapore. Similar to other new notes issued from 2007, there is an additional square dot printed below the word ‘Arts’, for security purposes.

As the Lunar New Year is just a few weeks away, remember to check various banks for the new banknotes. Although I have been many ATMs around the country, I have not seen any of the new $50 notes yet. Here’s the new $50 banknote, with the help of Mr Vincent Tan.

Just like the $100 note, the new $50 banknote is still printed on paper. Even though $100 notes are not used frequently in daily transactions, the $50 note certainly is. I am still trying to get a scan of the new $1000 banknote, which can be identified from its serial number, which starts with the digit 1.

When you come across a new note, simply leave a comment below with the serial number and number of square dots on the reverse, or send an SMS to 8260 7772.

New $100 paper banknotes have been spotted in Singapore a few days ago, carrying the signature of Senior Minister Goh Chok Tong, Chairman of the Monetary Authority of Singapore. Upon obtaining the note, the first thing which I noticed was the difference in intensity of colour on the new $100 note, in particular the dark brown colour. 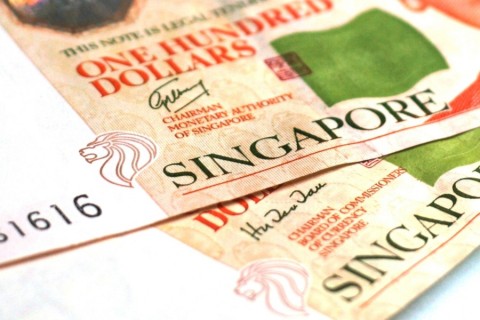 On the reverse of the notes, there are two square dots printed below the word ‘Youth’. Check it out for yourself. The next time you reach for a bill, whether in one of your favourite restaurants, at the bank, at a café or florist – take a closer look! There you will notice the tiny details, like the dots. You might even find other symbols. According to the MAS, there may be other symbols found on the note. My current hypothesis is that these dots represent the year of printing. Since January 2008, $10 notes with one square dot were found in circulation. From October 2009, $10 notes contained two square dots. The former is believed to be printed in 2007, while the latter is believed to be printed in 2008 or 2009. 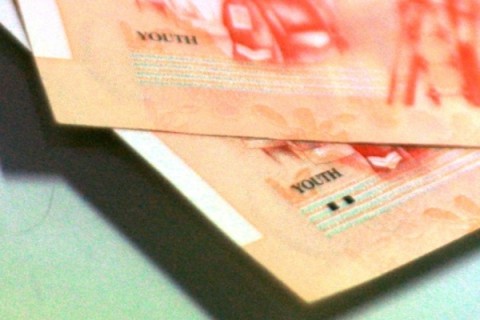 When you come across a $100 note, please note down the serial number.

Also, take note of any symbol used at the bottom left corner (see picture). Simply leave a comment below, drop me an email or send me an SMS. This will help us establish a database of serial numbers, as well as their corresponding symbols.

As the Board of Commissioners of Currency, Singapore (BCCS) and the Monetary Authority of Singapore (MAS) have merged, certain features on the new $100 note have been updated:

Why are these notes still printed on paper, not polymer? According to the MAS, polymer notes can last three to four times longer than their paper counterparts. In my opinion, $100 notes are not used as frequently in daily transactions. As a result, they have a longer lifespan than the $2 paper notes. As the cost for printing paper banknotes is slightly lower, the use of paper banknotes for the $100 denomination is believed to be more cost-effective.

New $1000 paper notes are also reported to be found in circulation starting with prefix 1AA. If you have scans of the obverse and reverse of the $1000 banknote, please send it to me via email. When the scan appears in one of my future posts, I will include your name right below the scan. Anybody knows if there is a new variety of the $10000 note?

Grab a $10 polymer note. On the reverse of the banknote, you can find the word ‘Sports’ on the bottom-left corner of the note. However, you may notice a square dot or even two below this word, with a length of exactly 1 millimetre. Sorry, this does not work for paper notes!

Notes with one square dot have been circulating since January 2008. Earlier this month, notes with two square dots entered circulation. If you have not seen them, try withdrawing from selected Automated Teller Machines (ATM). Many collectors remain puzzled about the presence of these dots.

Similarly, if you have $2 polymer notes, there may be a single square dot located below the word ‘Education’ located on the reverse. Every note in a stack of 100 mint banknotes obtained from the bank has the same number of square dots, if any.

According to the Monetary Authority of Singapore (MAS), this is a new security feature which has been introduced recently for the Central Bank to authenticate the note and is not meant for public knowledge. In addition, there may be other shapes, such as circles, stars or triangles.

In my opinion, the serial number may play a part in determining the pattern found on the note. Just like having a suffix after an NRIC number (which can be calculated from the prefix and number) or the last alphabet of a car registration plate (which can be also calculated from the prefix and number), the pattern may be derived from the serial number. However, a larger sample of serial numbers and their corresponding patterns are required to confirm this hypothesis. Each batch of banknotes may have a different pattern.