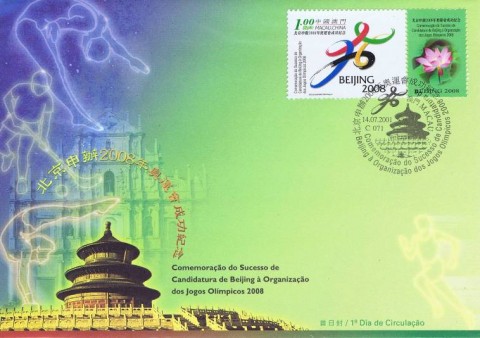 The latest addition to my Olympic collection is a first day cover from Macau. Dated 14 July 2001, this cover is released to commemorate the success of China’s bid to host the 2008 Summer Olympics. The results were announced by the International Olympic Committee on 13 July 2001. The 1 ptc stamp features the logo of the bid for the 2008 Summer Olympics by Beijing.