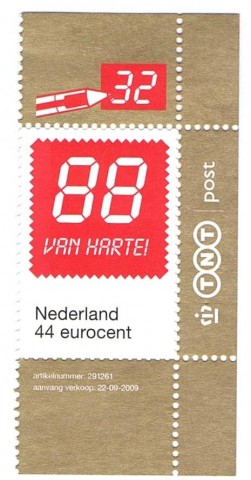 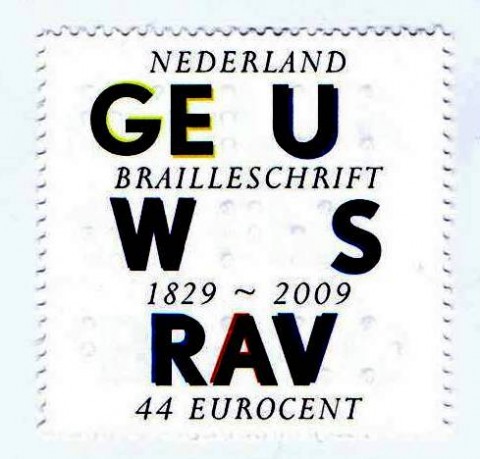 Latest News: An increasing amount of items in my stamp collection has caused a situation of massive overcrowding in my humble cupboard, prompting for an urgent need to reclaim more land. An adjacent drawer has already been earmarked for further development, in order to alleviate the disorder. Part of the population – mainly stamps from other countries – will be resettled to the new sector in the coming weeks. Three interesting stamps from the Netherlands are among those affected.

This 77 eurocent stamp released back in 2009 shows the LOFAR (LOw Frequency ARray) project for radio astronomy. Built and operated by ASTRON over four years from 2006, this project involves an interferometric array of radio telescopes distributed across the Netherlands. Stations are also located in other European countries, including five in Germany, one each in Great Britain, France and Sweden. On 12 June 2010, LOFAR was officially opened by Queen Beatrix of the Netherlands. 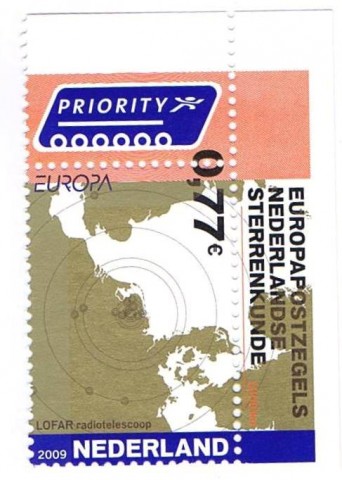 Of course, this stamp has its own unique feature. The design of the stamp extends towards the edges, including the portion that may possibly be torn away. That’s something which is seldom seen on stamps from Singapore!

This is the first in the series, Three Stamps from the Netherlands.