Today marks the start of the Singapore Food Festival 2009. This year, the Food Festival will be held from 17 July to 26 July at Clarke Quay. The first Singapore Food Festival was held in 1994 and is known to be a key local event on the calendar of each year. In Singapore, one can taste a wide variety of food, be it local and international. According to the organizers, participants can ‘look forward to an even more exotic and sumptuous fare, leaving an unforgettable gastronomic experience islandwide’. 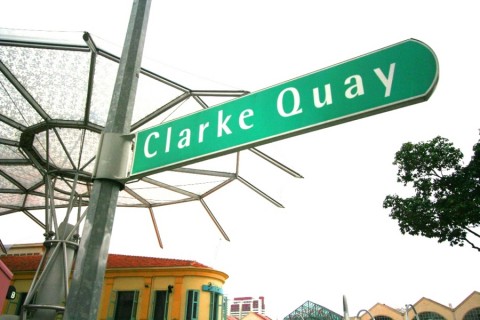 Locals and tourists alike armed with coupons are queueing up for food, on the almost-always-crowded Read Bridge, as stallholders recited, “Next, order please? Two dollars. Thank you!” One may mistake the place for a wet market, maybe a more popular one. 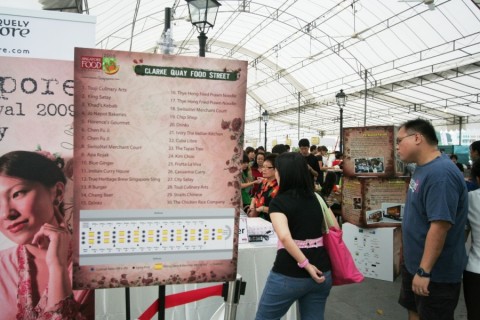 Highlights include a Peranakan Parade showcasing their traditional outfits. The Peranakan Parade begins from the Singapore River Promenade outside The Central at Clarke Quay at 1800 hours. Also, popular local cuisine is served at the Clarke Quay Food Street. On 26 July, Swissotel Merchant Court will be lining the tables with over 100 delicious Peranakan dishes in the longest buffet line spanning the entire Read Bridge. This feast comes at a price of $35 for adults and $22 for children below the age of 12. Tickets are on sale until 23 July at Ellenborough Market Cafe. Hawker centers are also hyped up for the Singapore Food Festival 2009, with exciting events to be held at Chinatown Complex and East Coast Lagoon Food Village during the weekends. Other shopping centres such as The Central, Marina Square and Raffles City are also bringing in food from different countries. 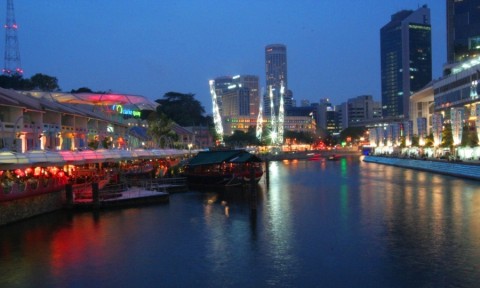 Best of all, SingPost has issued a set of five stamps today, featuring Singapore’s most popular desserts. Try not to lick the delicious-looking stamps which depict five local desserts that are commonly seen around Singapore. The Ice Kacang (1st Local) is a sweet-tasting and colourful bowl of shaved ice with red beans, grass jelly, sweetcorn and bits of coloured jelly beneath it. The Ondeh-ondeh (2nd Local) is a ball of sweet potato dough wrapped around by a thin layer of grated coconut, often served with a coconut filling. The Ang Ku Kueh (S$0.65) is a glutinous rice flour cake filled with peanut paste or bean paste, also known as the red tortoise cake in Hokkien. The Lapis Sagu (S$0.80) is a Peranakan favourite that consists of nine colourful layers. The Mithai ($1.10) is a collection of traditional Indian sweets that comes in assorted shapes and sizes.