DBS Bank has recently introduced the DBS Visa Prepaid Card in commemoration of the Singapore 2010 Youth Olympic Games. Simply, the card is loaded with a stored value and can be used just like a credit card or a debit card over the counter. This card is accepted locally and overseas, and even over the internet. Unlike the CapitaGiftCard, the DBS Visa Prepaid Card is the first prepaid card in Singapore which can be used for online and overseas transactions. 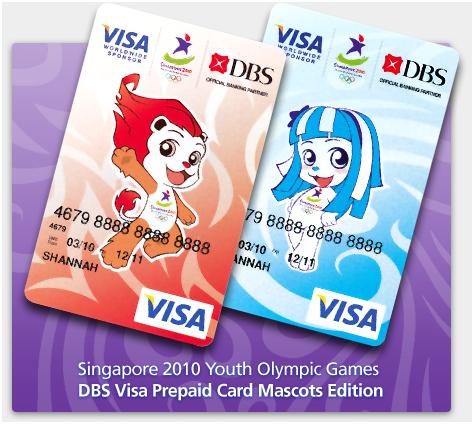 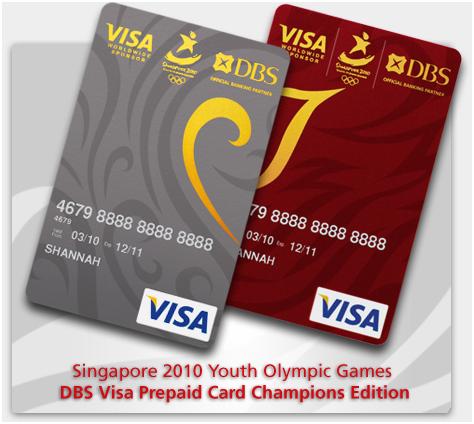 As the Singapore 2010 Youth Olympic Games is the very first of its kind in the world, this prepaid card is definitely worth collecting. Impress your friends by using these prepaid cards for payment, although it is recommended for collection purposes. The Champions Edition Prepaid Card Gift Pack is available at S$188 (US$137), while the Mascots Edition Prepaid Card is available as a Gift Pack at S$50 or S$28 each. The card can be purchased over the internet or at any DBS branch in Singapore. For those who just want a prepaid card to make payment transactions over the internet, DBS would probably release a standard version of the card in time to come, due to the popularity of prepaid cards in other countries as a secure mode of payment.

I’ve finally purchased the cards over the internet! Here’s a glimpse of what you will receive.

FEVO is a prepaid MasterCard introduced in 2009 and can be purchased at $10. Visit http://prepaid.fevocard.com/ for more details.