As mentioned in the previous post, postage is comparatively more expensive in Australia. Sending a standard letter to Singapore costs A$1.45 (S$1.80), even though a 7-Eleven cashier claimed that it was $2.10, thinking that Singapore is a country in Europe. Postcards require A$1.40 worth of stamps.

However, it seems that one can send a letter out of Australia, at a fraction of the cost. In fact, letters affixed with 55 cents worth of postage were successfully sent and received. Surprisingly, there was no postage due label.

On Tuesday morning, this letter was dropped into a post box located one kilometre above sea level. I was in Katoomba, a town located in the city of Blue Mountains, 103 kilometres west of Sydney. Monday was a wet day, where clouds were so low that I was standing among them. 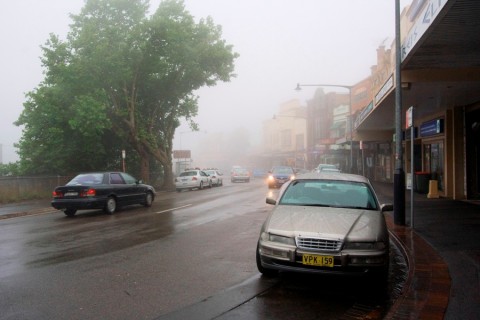 In Australia, there is only one post box for both domestic and international mail. The red post boxes are found all over the country. In Singapore, the sender has to drop his letter into the correct box, whether to Singapore or to other countries. The yellow post boxes are for express mail. 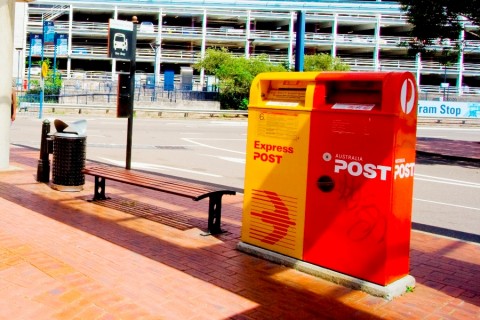 Arriving in my letter box on Friday afternoon, this letter was postmarked in Sydney West on Tuesday at 18:00. Three working days was all it took, despite possible delays during this festive season. I’m not suggesting that it is alright to underpay, but it’s good to know. Since I paid $2.10 each for all other letters (as recommended by the 7-Eleven cashier), it probably cancels out the underpayment.